SBML and Antimony as modules 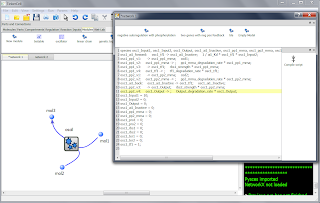 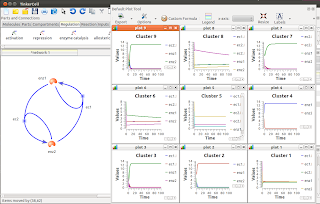 TinkerCell's modular framework allows users to perform experiments such as the one shown below. Here, two oscillators are connected to each other. Each oscillator *can* take multiple models. This is the benefit of using modular design -- the internal details can be swapped without affecting the conceptual overall design, i.e. two coupled oscillators. One of the TinkerCell Python plugins allows users to test all possible oscillator combinations. Currently, only two oscillator designs are available (you can add more and submit to the repository if you want!). So, the total number of combinations are 4, which are the 4 graphs shown below. Notice that in one of the designs (top left), one oscillator somewhat controls the frequency of the other. By tuning parameters further, this design can actually be used to create an oscillator where the frequency is also oscillating. 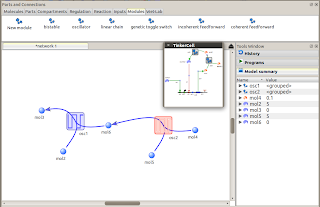 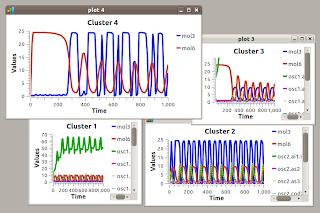